Chess have been called “brain food” and healthy “special” is one of the secrets of the world champion Magnus Carlsen, who on the occasion of his recent triumph in Shamkir, Azerbaijan, revealed that his meals are prepared by a personal chef. Until now, however, chess and food was a binomial least unusual, but it will be more after Expo 2015, the biggest event ever organized and Nutrition, which was officially opened on 1 May in Milan , in Italy.

As part of the event, for which expects more than 20 million visitors from around the world (more than 130 countries have their own space!), With a peak audience in June, even kings and queens will do their part . Just 20 to 28 June, in fact, Chess Projects ASD, and Academy Chess Milan, they put on the bill “Expo 2015 Milan Chess Move”: a manifestation of chess sports and cultural events to be played over nine days, with tournaments held every classical rapid and blitz, for adults and youngsters, organized in different locations in the heart of the city.

The tournaments will be held every classical hosted in two locations of the game, both very central: the first is the building “The Cathedral” (air conditioning) inside the historic Steam Factory, multifunctional center located in the Sempione, not far Arch of Peace and the railway station of Porta Garibaldi; the second is the circle “I Navigli”, home of the Academy Chess Milan, about a mile as the crow flies from the symbol of the city, the Duomo. And always the Steam Factory, June 21, will be tackled young local talent in the final of regional championship teams under 16, valid for qualification to the national stage of the event.

Finally the modern square Gae Aulenti, host the “Chess Academy Square” in the open, will alternate with the Steam Factory in hosting, Saturday, June 27, a marathon flash which will involve 50 players, from 10 to 23, with breaks only for lunch and dinner. Chess tournaments are expected to more than 500 participants, but the reasons for visiting Milan June 20 to 28, in addition to the noble game and good food, there are certainly many more, from the opportunity to visit some places of famous cities in the world: Piazza del Duomo, the Castello Sforzesco, the Theatre “La Scala”, the Pinacoteca di Brera, the Basilica of Santa Maria delle Grazie with The Last Supper by Leonardo Da Vinci, Via Monte Napoleone with its fashion boutiques, to name a few. 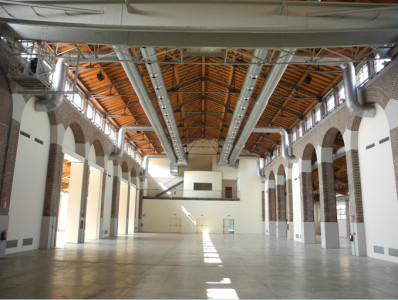 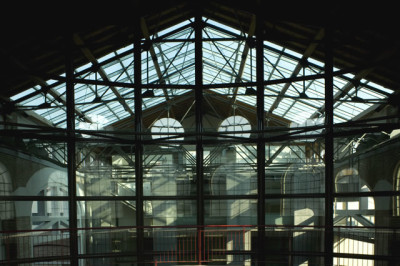 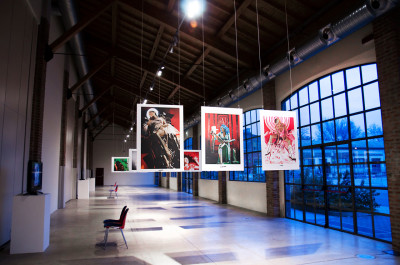 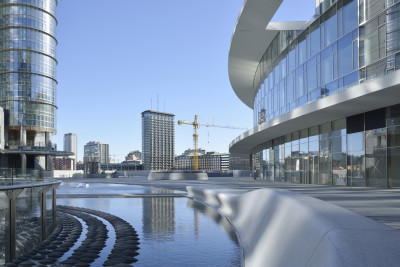 The presence of the international exhibition Expo Milano 2015 offers the opportunity to graduate samples for each type of game (classic, rapid (youth) and blitz) and in the case of the tournament designed for each of the four bands of belonging (international, masters , national, regional).

If you want to become CHAMPION “Expo Milan 2015 Chess Move” of YOUR CATEGORY it’s time to get ahead! 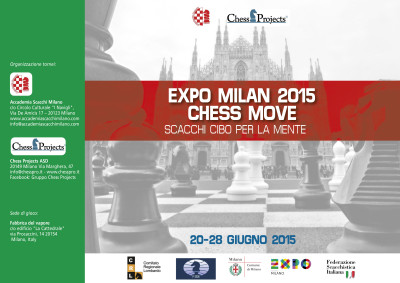